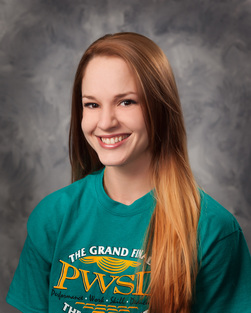 ​Karina Conley is a graduate of Western Michigan University with a Bachelor of Arts degree, where she majored in Dance, and learned jazz, ballet, and modern technique. Miss Karina was a member of Hip Hop ConnXion her freshman and sophomore years at Western Michigan, and was offered many performance opportunities throughout the Kalamazoo and Chicago areas. As a sophomore, she was a part of the Western Dance Project, and the Department Touring Company, where she was able to work with Chopper Platt, and Autumn Eckman, the former Director of Giordano II. Karina also had the rare opportunity to travel to San Francisco, CA and New York City, NY, with members of the University faculty and specially selected students. These trips were known as SIP trips, and specific students were offered the opportunity to participate in workshops and take class with the modern dance company, ODC Dance in San Francisco. Karina's senior year, she choreographed & performed at the American College Dance Festivals’ East Central Gala Concert, a duet titled “Ardently Involved”.
​While at Western Michigan, she also had the opportunity to work with other gifted artists, such as KT Nelson, Peter Chu, and Lauren Thompson Hall. Karina is currently being trained in aerial silks and will soon be a certified instructor. After moving back to Bay City in 2014, Karina is extremely excited to be back at Perry Woodard's School of Dance, where her love and passion for dance was originally instilled, and where she hopes to instill the same type of excitement in all of her current students.